It’s no surprise that young adult characters are sometimes judged from a mature, experienced lens for decisions that are very much based on their ‘young’ age. So I always set a reminder for myself while reading YA books: don’t judge the protagonist too much for their choices and simply comment on them from the story’s purpose. Reading Bright Ruined Things forced me to go back to this reminder again and again. Mae has lived all her life on magician Lord Prosper’s private island—in a mansion where spirits serve the rich family. Her presence, as the daughter of a passed-away mansion’s steward, is an orphan barely tolerated and will be in exile on her eighteenth birthday.

This book review may contain affiliate links. To know more about them, please read my disclaimer.

Mae fears this family but also desires to belong, especially on this land she has always called home. She has a best friend, Coco, who is the Lord’s granddaughter and has a crush on Coco’s cousin, Miles, who is disaffected. Luckily, Mae is offered a chance to marry in the family: to the adopted son, Ivo, who is a grumpy heir to Lord Prosper. When a legendary First Night rolls in to celebrate the yearly commemoration of Lord Prosper’s harnessing the island’s magic, Mae is determined to capture Miles and become a magical Prosper—to not just escape the engagement with Ivo she’s suddenly thrust into but also to still belong and reap the protection that comes with this powerful island.

But the land is dying and the spirits are sickening, making it difficult to harness magic. As the perfect evening unravels betrayals and secrets, and Mae attempts to save the island, she is torn between the magic she has always aspired to inherit and the realisation of what it demands in exchange. Spanned over twenty-four hours, this intriguing story about social ladders and glorious worlds follows a complicated mystery with suspenseful undertones. Sadly, the marketing fails the book as it isn’t truly a retelling of The Tempest but is simply inspired by the Shakespearean tale, and the 1920s setting feels vague. The time it promises to take the readers back to, with the Gatsby vibes, seems like any random secondary period owned by rich people and magical spirits. While Chloe Gong’s debut is set in 1920s China, there’s a timeliness that These Violent Delights delivers through world-building, culture, and fashion. Not to compare but Cohoe doesn’t manage to transport us to an era that could’ve made for a great backdrop for this story. Similarly, the glamour promised through the cover also seems unpolished and a better recommendation for that particular aspect would be Where Dreams Descend by Janella Angeles.

Mae is a determined protagonist but isn’t a strong heroine right from the start. She is often just a victim of the magical system put in place by those high up in class hierarchy, and even those she associates with (Coco, Miles, and Ivo) drive her through the respect or commitment they command—even if unsaid—through the magical power they hold. Though, the story does give her this need to simply be a catalyst because of the confinement she has always experienced and the curiosity that has always plagued her mind. So she can be understood as a main character but can’t really be cheered for. Still, there’s a change, a development in her personality worth appreciating towards the end. Unfortunately, the slow pacing makes you choke even before you reach the changing lanes and the relationships that could have motivated a reader to push through—whether romantic options or the almost-manipulative friendship—don’t give you enough to hold onto. The quirky Ivo did pull in and the ultimate revelations did surprise but the glimmering bits were overshadowed by the rest.

Note: A review copy was acquired via the publicist. 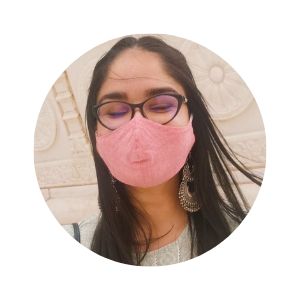 —don't say i'm the only one who isn't very interested in spicy book recommendations;
—pictures of the reading spread are now posted 💗 @fanna.for.books ~ book: the last tale of the flower bride by roshani chokshi ✨ a gothic-romantic-folklore-ish adult fiction with mysterious tones.
—what were your best reads of january? i had three: the love match by priyanka taslim, spice road by maiya ibrahim, and the last tale of flower bride by roshani chokshi.
—what was the last book you absolutely loved reading? it's been almost two weeks since i finished reading the last of flower bride by @roshanichokshi and i still sometimes think deeply about it.
—sunshine x grump supremacy!
—how often do you read?
—what was the best book you read in january? i read five great books i loved: house of yesterday, highly suspicious and unfairly cute, spice road, the love match, and the last tale of flower bride.
—what did you love reading in january? i read five books this month and i was pleasantly surprised since all five were five star reads. what a great start to the year!
—what is a book that has been on your tbr for years? for me, it's definitely six of crows. i've heard of this duology since the early days of bookstagram and have seen it reach its hype. even enjoyed watching the netflix adaptation, even though i must say i've read and liked the shadow and bone trilogy, so it's a divided credit. and then, finally, someone was so tired of me not having read it yet, they gifted me both six of crows and crooked kingdom. but, i still haven't read them. let's hope i pick it up this year, for at least my tbr's sake.